ODTUG KScope15: One week in a nutshell

June 30, 2015
Last week I visited ODTUG KScope15 in Hollywood Florida. In this post I will share my findings and hope that you can benefit from it.
My general impression of the conference is that it was to hot for me in Florida. At least to hot for a conference. If you can sit on the beach whole day long, it is a great place to be, but hey, I had to work.... From a content perspective, there was a whole lot of Mobile and Cloud, and just a tiny bit of ADF. We need to work on this for next year as per request of the attendees who really were asking for more ADF content.

Anyway, here is my week in a nutshell.
Saturday
Not much to do after an 18 hour trip. So when I arrived at the hotel the only thing to do was enjoy the view and get some Cuban food. What better place to do that then in Southern Florida. The food was good and I went there again during the week. 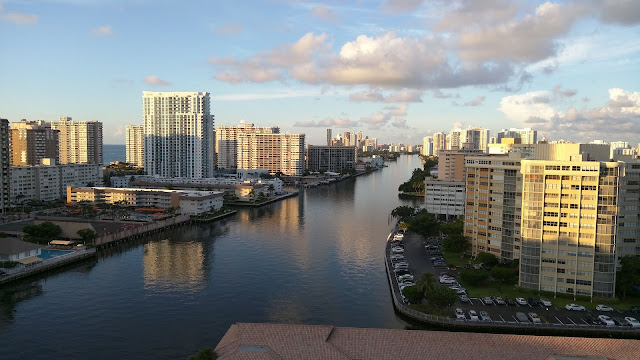 Sunday
The Sunday symposium was a very good one from an Oracle ADF Developer Perspective. The Sunday Symposium took a deep look at the impact of the cloud's platform on the role and capabilities of application developers. Oracle showed the latest and upcoming products for web and mobile application development and deployment in the cloud. There was also room for empowering business users with development capabilities through the cloud, with products such as MAX and ABCS (see later). There was a demo of MAX, aka Mobile App Accelerator. MAX is a part of Oracle Mobile Cloud Service in a demo. where a business user can actually create real mobile apps without coding.

The final session of the day was really worthwhile. In this session Brian Fry showed Oracle Application Builder Cloud (it is as easy as ABC) for the very first time publicly. Oracle ABCS enables you to drag-and-drop your way to enterprise-ready JavaScript and HTML web applications.

More details on the Sunday Symposium can be found here.

Monday
On Monday I attended an IoT hands-on lab. It used an APEX front end to show results, but for me the main content (IoT) was more important. I actually built my own thing and connected it to an Oracle APEX application. I used a circuit board, wires, capacitors, a wifi device, LEDs and a sensor. I wired them together into a real THING, connected to the internet and start communicating with an Oracle database. Because of the closed API for the REST Service they used I had to build an APEX application to control the thing and report on its data. Had it been an open API, I would have created an ADF or MAF app to do the exact same thing.

During Lunch I sat down at the MAF and ADF table discussing with my peers and also with Oracle Product Management. We also discussed the big announcements made by Oracle where from my perspective Mobile Cloud is the most interesting one. However there are many other clouds that we need to look into. Makes you wonder: Usually when I am that much in the clouds, I tend to call it foggy. I hope Oracle's Cloud Strategy is not foggy, but cristal clear. I know they have a plan, and I know there is a lot of work todo. We discussed the overlap we see in Mobile Cloud and Integration Cloud and also in Application Builder Cloud. Not sure if Oracle will take parts of those clouds and bundle them into a new one, or actually transfer stuff from MCS and ABCS to ICS, where it belongs. We will see.

In the after noon I had to work on a proposal for a Customer so no more sessions till 6.00 pm when the Oracle ACE reception started. It was outside near the pool but still it was very hot so we had to drink plenty of 'water'. After that I continued to the ADF Community night where we used the Wii to play games.

Tuesday
This was the day of my presentation. "Real Life MAF: The things you don't learn from Oracle's Developer Guide". I promised attendees to provide links to my demo's and also to my slides. So here they are:

1 and 2 are available here whereas you can find 4 here.
The whole presentation is available at slideshare.
After my session I had to run to the Lunch and Learn panel where I was in with co-ACE(D)s Lonneke Dikmans, Debra Lilley, Mia Urman and John Flack. As you can see, the women have the majority, which I think is not necessarily a bad thing. We discussed with the audience what they expect of the next ODTUG KScope, which by the way will be in Chicago! Min observation was that there was too much cloud and mobile and too little ADF. So here is something that we should think about for next conference. Next I joined Lonneke's session called "SOA made Simple". Using a waitress as an analogy for a service bus really makes ordering breakfast a whole other experience.

My day ended with a great diner with a customer, or better a friend at GG's, a very nice place to have good seafood.

Wednesday
Today was actually a day where I followed several sessions. I started with some support (and coffee) for Lonneke who was talking about Choosing the Right Mobile Architecture. One bummer was the Oracle Mobile Cloud Service Hands On lab, which in the end was not a hands on, but a demo. Unfortunately even for Oracle Product Management there was no way to get access to MCS instances that can be used by the audience. I was really looking forward to get my hands on MCS but this ws not possible. After lunch I attended two more sessions. One of Joe Huang, outbound PM for Oracle MAF.He was talking about "New Core and Sync Services in the Oracle Mobile Application Framework: What Does It Mean for Developers". Nothing really new here for me. The other session of the afternoon was by Raghu Srinivasan. He is Director of Development in the Cloud and Mobile Development Tools, and responsible for Eclipse tooling (OEPE). His session was called "REST Easy with Oracle MAF: Building RESTful MAF Applications in Eclipse (OEPE)". It was a great session where I got to see the power of MAF in eclipse. I mainly (or should I say only) use JDeveloper but this was een eye opener. Amongst a lot of other things he showed how to use a RAML definition to generate all Java you need to work with REST/JSON services. I am convinced now. From now on I will use OEPE more for MAF Development. Great features!! A good tutorial if you just get started can be found here.

The day ended with the white party at Nikki Beach. Great food, great venue, but from the way I look at it, it was a pretty long trip (1 hour one way) for the party. 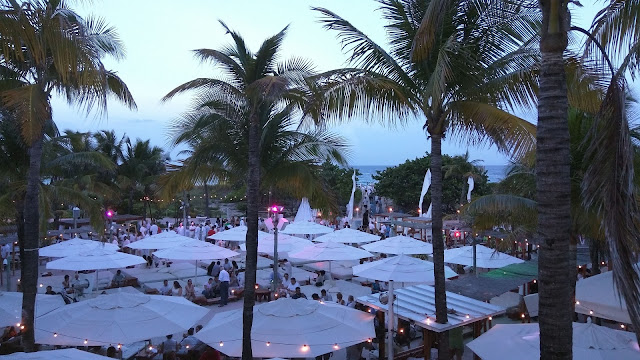 Thursday
It's a wrap. No time to attend the closing session. We had to be at the airport at 11:30. It was a great KScope again. I met some old friends and found some new ones. I missed several people who I hope to see soon. And I hope to be back next year.